For years throughout the U.S. various regions have tried to replicate the success (and even the name) of the Silicon Valley technology ecosystem and its potent mix of top-flight schools, world-class talent and oodles of venture capital. Business and academic leaders continue to look to the Bay Area’s achievements with considerable ‘Silicon Envy.’

While it’s true Silicon Valley-based companies mostly owned the personal computer, internet and smartphone eras, there is a new technology hotshot on the block and there’s a good chance the Valley won’t be the center of innovation and commerce of this next era. Southern California will likely rule the fascinating and limitless world of quantum technology.

Mark Gyure, the executive director of UCLA’s Center for Quantum Science and Engineering, had this to say recently:

“We sit at the heart of one of the most dynamic cities in the world and in an area where the local industry could very well dominate the quantum technology landscape for many years to come.”

How could that be?  What’s different about quantum technology?

Just like the Bay Area’s success, it all starts with a thriving academic research community.  Fortunately, there is ground-breaking quantum technology research going on at a half-dozen universities here in Southern California in addition to UCLA, including Caltech in Pasadena, USC, UC Santa Barbara, UC San Diego, Chapman University and recent entrant UC Riverside.

Of course, many of these companies maintain a symbiotic relationship with the academic institutions, collaborating on various research while many students trained by the universities often move on to work at these firms as well.

Many European and Asia-based startups are also reportedly eyeing Los Angeles as their North American base of operations, while individual emissaries from these companies already abound in the region.

And although it’s still a nascent field, high-paying jobs are the norm in Southern California’s quantum technology industry.  According to Sean Howell, head of Q-CTRL’s L.A. office, the company is offering higher salaries compared to similar positions up north, and with a relatively lower cost of living here in the Southland.

It all adds up to a quantum advantage for Southern California.  Doug Finke, HKA client and publisher of the highly influential industry resource site Quantum Computing Report — based here in Orange County — has written:

“Some of my friends who live in Silicon Valley still regard it as the center of the technology universe and believe that all worthwhile new technologies must emanate from there.  But this may not be necessarily true for quantum computing. Overall, I will give the edge to Southern California.”

As a PR and marketing agency dedicated to the quantum technology industry and based in Southern California, we look forward to many years of telling the stories of these exciting organizations in the region as they search to unlock the full human and commercial potential of quantum physics.

For a brief primer on quantum computing, see our previous interview with Doug, A Quantum Leap in Computing Is Coming. If you are a quantum technology startup, or are thinking about starting one, download HKA’s free 10 Tips for Quantum Tech Startups Seeking Funding. 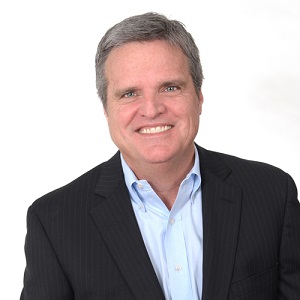